In at 7! Rachel Cosgrove Payes - The Wicked Witch of Oz.

My top favourites are back! 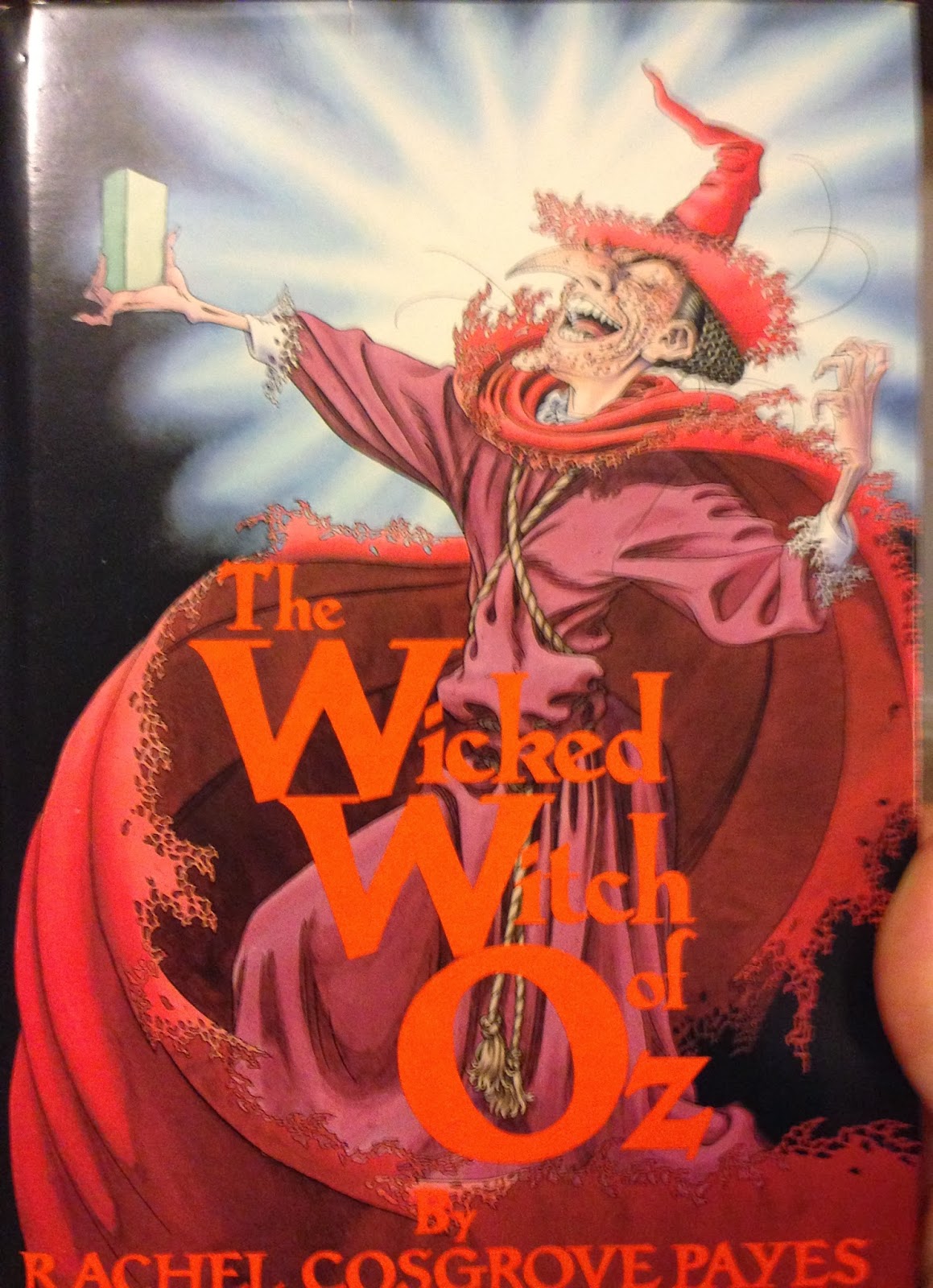 It's a somewhat challenging to stick firmly to a definitive top 10 Oz books in this instance I struggled to commit to my favourite number 7, between both of Rachel Cosgrove Payes Oz books after much internal debate The Wicked Witch of Oz (WWOO) wins out. I read this before reading The Hidden Valley of Oz although I do like both of Rachel's entries into the Oz series.
The reason I bought this book first before Hidden Valley was because of Eric Shanower's illustration's like when I first saw Neill's illustration’s I knew I needed to collect only Neill! When I first saw Eric's art in The Paradox of Oz, I again had to have more Shanower!
Another reason I chose WWOO is it feels more like an original story than Hidden Valley although I like both books, Singra with Witch is a great stand out villainess, secondly the illustration in this Oz book far exceed those of Dirk Gringus.

The Story in a nut shell, Singra Wicked Witch of the South awakes from a 100 year old sleep and is hell bent on revenge, in particular against Dorothy Gale for destroying her Cousin the Wicked Witch of the West
Plotting her revenge she turns Trot, believing this to be Dorothy into a piece of cheese, Dorothy in toe with Percy and Leon the Neon to rescue trot. Leon doesn’t really impact me as memorable character, Percy whilst other Oz fans may not like Percy and his characterisation I enjoy him even the slang talk.

Eventually Singra is caught and drinks from water of oblivion, which turn hers good for now I suppose like the Ruggedo the Nome king she will undoubtedly become wicked again over time.

For Rachel Cosgrove Payes the land of Oz and her Oz characterisation's fit in with Baum’s Oz more than Thompson's. This is always a winner for me although I do love how Eloise McGraw used both authors’ visions of Oz.

The Book design at least compared to the previous disappointing white oversized paper backs Oz books from IWOC, WWOZ is a nice hardback that fits in with my Oz collection, hooray!
It also fit in nicely with my Hungry Tiger Oz books as well.

After previously owning one other Oz book with Eric Shanower's  Oz illustrations I was excited when I ordered this book from the International Wizard of Oz club.
Fortunately Eric did not disappoint his work and line art in this book is lavishly detailed something that was missing from Oz illustrations since Jon R. Neill died in the 1940s.
Eric stamps his own style into Oz whist paying a loving tribute to John R. Neill's Oz character illustrations, Shanower's character design are more 3 dimensional than Neill's.

Its Eric attention to detail for example his Percy, a criticism of many an Oz fans from Gringus's take on Percy was unattractive and drawn in different sizes and odd perspective by Gringus.
Eric has told me in Conversation that he kept a live rat as pet to study and draw Percy, the results are superb and Percy looks adorable.
This detailing of Percy is beautiful and naturally drawn and at his most adorable on this two page insert which happens to be my favourite illustration in the whole book! 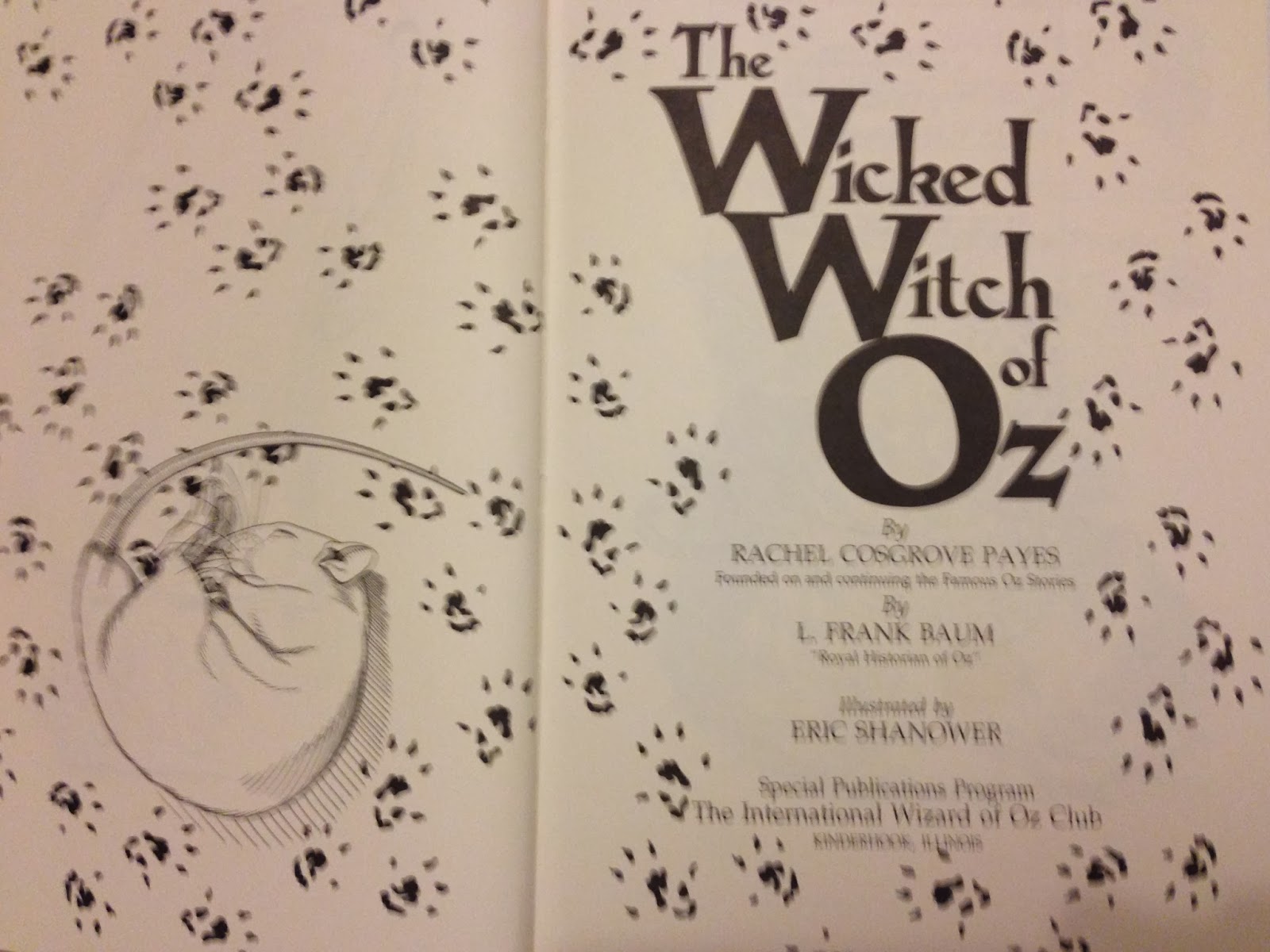 If my memory is correct Eric stated that he put a little ink on the real life Percy’s feet to help in the design of this beautiful illustration.

I found Dorothy drawn with modern shorts a little jarring at first until Eric explained this to me. That Neill drew Dorothy and others in modern dress at this point in time, I never knew that about Neill but then looking back Neill’s illustrations all look old fashioned to me. Not being a follower of vintage fashion it is not something that ever occurred to me. With this in mind and re-examining Neil illustrations I see Eric's point. On a personal note I do prefer to see Dorothy in a summer dress of sorts but it doesn't jar with me the same since being made aware of this. Although thinking about it I would much rather see Dorothy in a T-shirt and shorts than a boob tube and mini skirt! I think this was Eric’s first official released book of an author who is one the official Famous Forty authors, you can see that Eric’s passion for conducting an exemplary piece of work, the detailing is wonderful. The illustration fit with my vision of Oz, the only downer....no colour plates but that is more to do printing cost limitation of our time. I'd love to see Eric illustrated Oz with 12 colour plates like the earlier Oz work at the moment Eric’s Adventures in Oz is the closest I will get to this.

Rachel Cosgrove Payes is most definitely a worthy Royal Historian of Oz.
Eric Shanower for me is the current Illustrious Illustrator of Oz and the best thing about this is he is very much alive and will happily sign your books and chat about Oz.

Posted by Colin Ayres British Fan Of Oz at 15:49